HTTPS In Development: A Practical Guide

According to Firefox Telemetry, 76% of web pages are loaded with HTTPS, and this number is growing.

Sooner or later, software engineers have to deal with HTTPS, and the sooner the better. Keep reading to know why and how to serve a JavaScript application with HTTPS on your development environment. 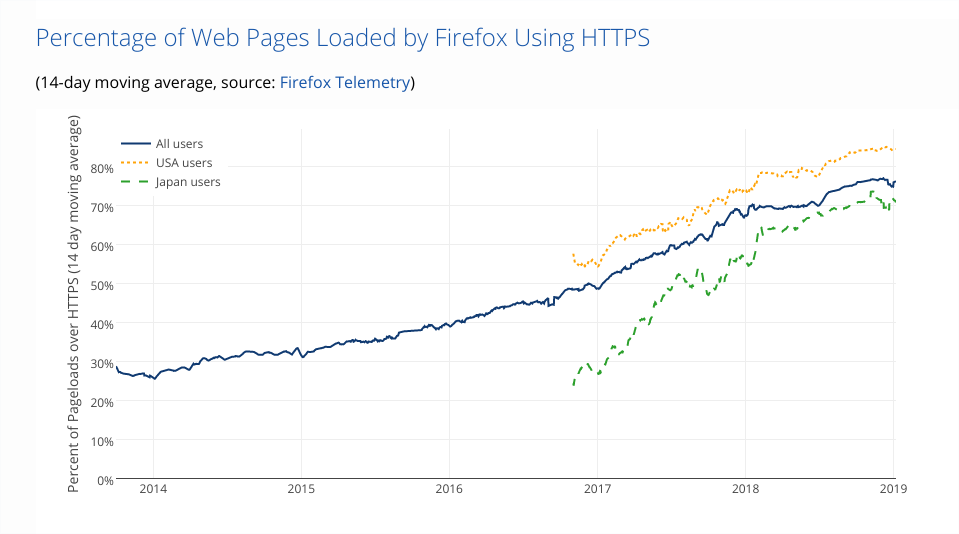 Why Use HTTPS On a Development Environment?

First, should you serve a website in production through HTTPS at all? Unless you really know what your are doing, the default answer is yes. It improves your website at so many levels: security, performance, SEO, and so on.

How to setup HTTPS is often adressed during the first release, and brings a lot of other questions. Should traffic be encrypted from end to end, or is encryption until the reverse proxy enough? How should the certificate be generated? Where should it be stored? What about HSTS?

The development team should be able to answer these questions early. If you fail to do so, you might end up like Stack Overflow wasting a lot of time.

Besides, having a development environment as close as possible from the production reduces risks that bugs reach the production environment, and also tend to decrease the time to debug those bugs. It's also true for end-to-end tests.

In addition, there are features that only work on a page served by HTTPS, such as Service Workers.

But HTTPS is slow! Many people believe that encryption is complicated and in a certain way must be slow to be efficient. But with modern hardware and protocols, this is not true anymore.

How To Generate A Valid Certificate For A Development Environment?

For production systems, it's easy to get a TLS certificate: generate one from Let's Encrypt or buy one from a paid provider.

For the development environment, it seems trickier, but it isn't that hard.

Mkcert: The No Brainer CLI

The fully supported certificate will be available where your ran the command, namely at ./example.com-key.pem.

mkcert should fulfill all of your needs, unless you have to share the same certificate with your coworkers, or through other systems than your local env. In that case, you can generate your own certificate thanks to openssl.

The certificate (server.crt) and its key (server.key) will be valid but self-signed. This certificate will be unknown to any Certificate Authority. But all browsers ask well-known certificate authorities to validate certificates in order to accept encrypted connections. For a self-signed certificate, they can't validate it, so they display an annoying warning: 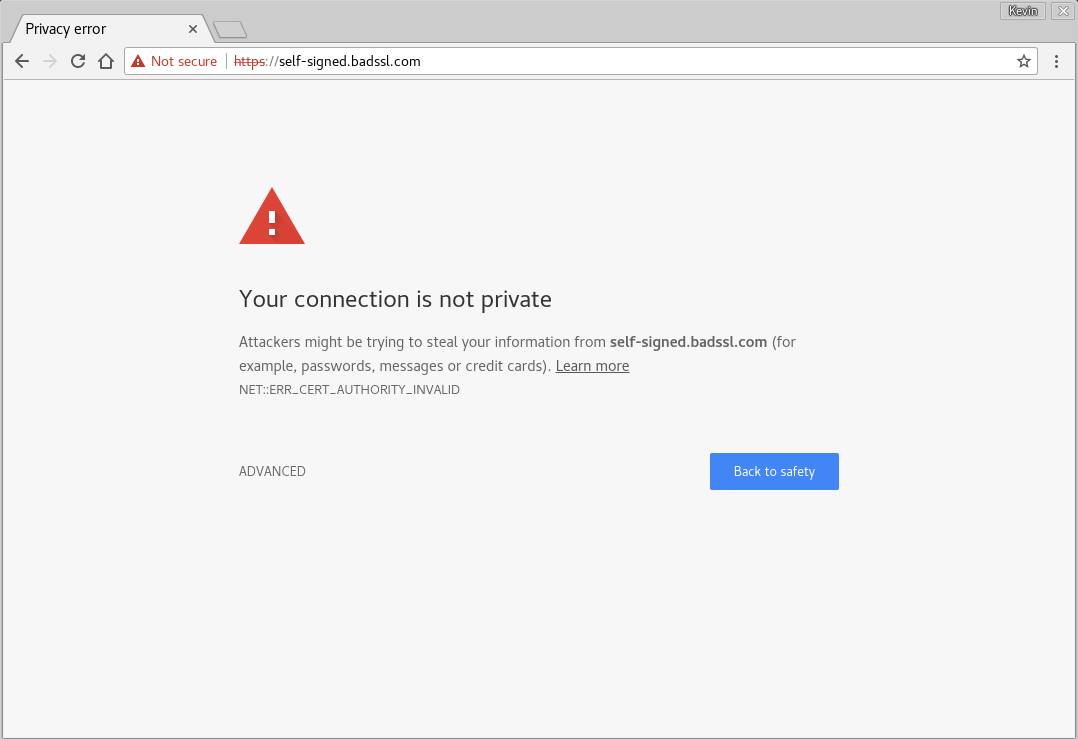 You can accept that inconvenience and manually ignore the warning each time it shows up. But it's very cumbersome, and it may block e2e tests in a CI environment. A better solution is to create your own local certificate authority, add this custom authority to your browser and generate a certificate from it.

HTTPS From a Reverse Proxy Or A Third-Party App

Usually, end-users don't directly reach the application server. Instead, user requests are handled by a load balancer or a reverse proxy that distributes requests across backends, stores the cache, protects from unwanted requests, and so on. It's not uncommon to see these proxies take the role of decrypting requests and encrypting responses as well.

On a development environment, we can use a reverse proxy, too!

Encryption via Traefik and Docker Compose

Traefik is a reverse proxy that comes with a lot of advantages for developers. Among others, it's simple to configure and it comes with a GUI. Also, there is an official docker image available on docker hub.

So, let's use it inside the docker-compose.yml of a hypothetical application that only serves static files:

In this example, our static file server listens on port 8080 and serves files in HTTP. This configuration tells Traefik to handle HTTPS requests to https://localhost and proxy each of them to http://localhost:8080 in order to serve static files.

We also have to add a traefik.toml to configure the Traefik entry points:

Here, we have two entry points: http and https, listening respectively to ports 80 and 443. The first one redirects to the HTTPS, and the second is configured to encrypt requests thanks to the specified TLS certificates. 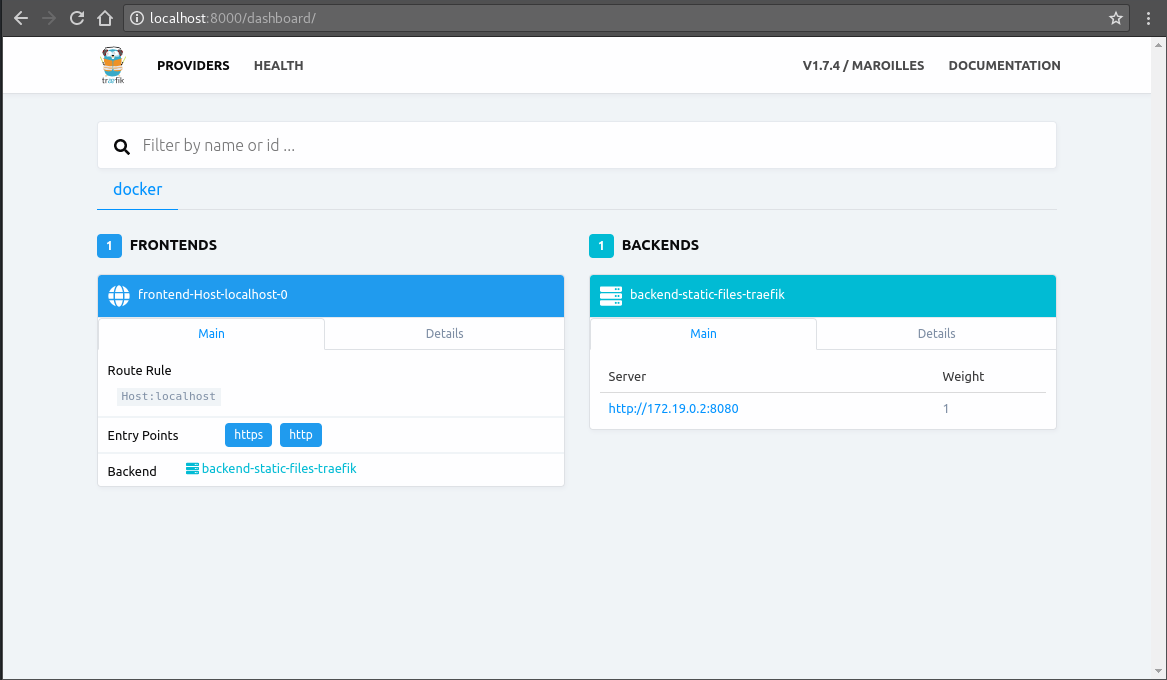 Encryption From Docker Compose via Nginx

Obviously, we can do exactly the same with the popular Nginx reverse proxy. As Nginx can also directly serve static files itself, the setup is simpler. Again, the first step is the docker-compose.yml:

And the nginx configuration at default.conf:

Serving HTTPS Directly From The Application

Let's take the example of a common stack: a React application with a REST API using express.

Your average React app is bootstraped by create-react-app. This awesome tool comes with a lot of built-in features and can handle HTTPS out of the box. To do so, you just have to specify a HTTPS=true environment variable when starting the app:

If you want to use your own HTTPS certificate (signed with an authority that your browser trusts), create-react-app doesn't let you configure it without ejecting the app (npm run eject).

Fortunately, if you do eject CRA, or if your project is bundled with webpack, webpack-dev-server is as straightforward as create-react-app when it comes to serve HTTPS! It's possible to configure a custom HTTPS certificate with two lines in the Webpack configuration:

The next time you'll run webpack-dev-server, it will handle HTTPS requests to https://localhost:3000. 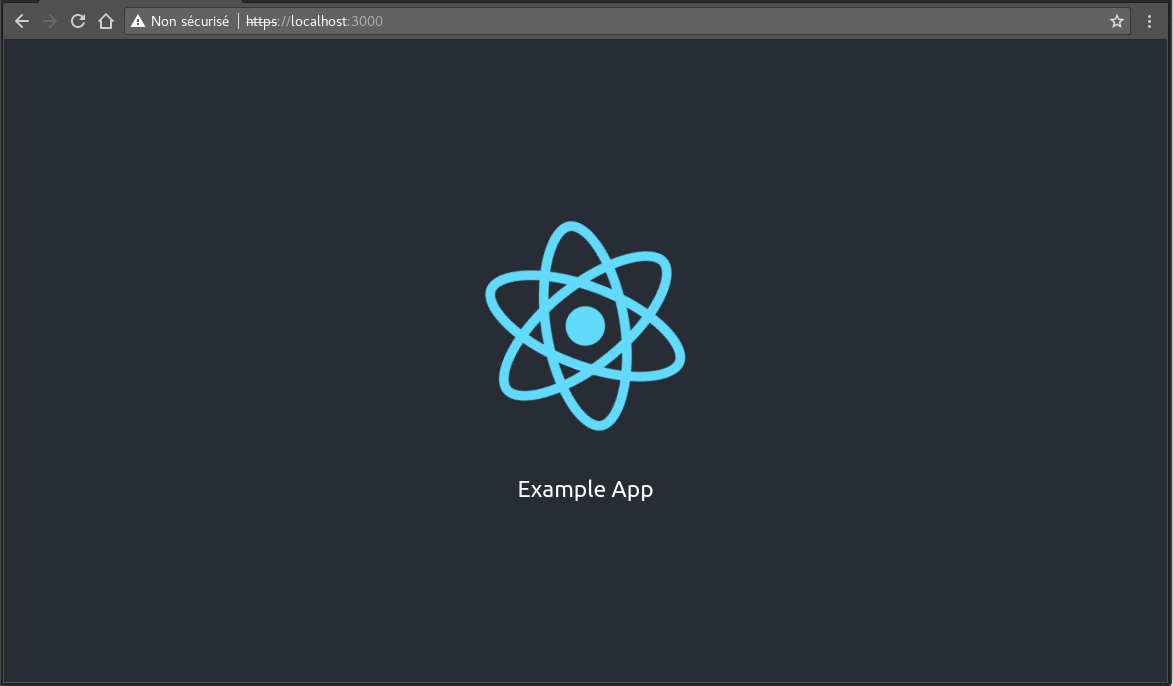 Encrypted HTTP/2 With Express And SPDY

Now that we have our frontend part of the app that is served through HTTPS, we have to do the same with our backend.

For this purpose, let's use express and spdy. No wonder why these two libraries names are about SPEED, it's because they are fast to setup!

HTTP/2 isn't required to serve HTTPS, it's possible to serve encrypted content with HTTP first of the name, but while we are at serving HTTPS, we can upgrade the HTTP protocol. If you want to know more about the advantages of HTTP/2, you can read this quick FAQ.

Modern tooling allows to build applications that are safer and faster for end-users and, now, easy to bootstrap. I hope that I convinced you to use these libraries and technologies starting from your project inception, when they are still cheap to install.

All the examples I used in this blog post are gathered on the following repo: marmelab/https-on-dev. Feel free to play with and add your own HTTPS development experience!